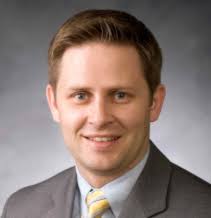 Richard Evans is Advisory Board Visiting Fellow at the Baker Institute for Public Policy at Rice University, Associate Director and Senior Lecturer in the University of Chicago M.A. Program in Computational Social Science, Director of the Open Source Economics Laboratory at the University of Chicago, Nonresident Fellow at the Tax Policy Center, and President of Open Research Group, Inc. Rick specializes in macroeconomics, public economics, and computational economics and was previously the Co-Founder and Co-Director of the BYU Macroeconomics and Computational Laboratory at Brigham Young University from 2012 to 2016.

After receiving a B.A. in economics from Brigham Young University in 1998, he began his economic career as a Research Economist at Thredgold Economic Associates in Salt Lake City, providing state and national economic analysis for Zions Bank and their operations in eight western states. Rick later received a M.A. in Public Policy from Brigham Young University in and Ph.D. in Economics from the University of Texas at Austin. He has also spent time as a researcher at the Joint Economic Committee of the U.S. Congress, the Federal Reserve Bank of Dallas, Brigham Young University, Utah Economic Council, and as an economic consultant. Rick’s current research focuses on building large-scale, open-source, dynamic general equilibrium macroeconomic models of tax policy and providing web applications and training to allow non-experts to use these models for policy analysis. Rick is one of the core maintainers of the OG-USA open source large scale macroeconomic model of U.S. fiscal policy.